A Castle, A Cathedral, Cobblestone Streets, and Mushy Peas

Walking the cobblestone streets of Rochester, England, so narrow in places that some cars barely squeezed by as their tires skimmed the edge of the sidewalk, I felt as though I had jumped into the pages of a storybook -- Mary Poppins style. Shops, pubs, and unique homes line the street on both sides as signs direct you to popular landmarks, including the second-oldest cathedral in all of England.

“To view these places, to witness them, to really take in that atmosphere, it changes you, it changes your soul and your spirit. And that is what I love about England."

These words exemplify my recent trip across the pond. My baby sister got married in Rochester, England, and I traveled with my dad to attend the wedding. We also spent some time sightseeing in this ancient town.

Rochester is one of those quintessential towns I’ve always dreamed about. Located about an hour or so southeast of London, Rochester sits near the North Sea and dates back to Roman times.

Rochester Cathedral, the second-oldest cathedral in England, was founded in 604 AD. The medieval period saw the building of the Cathedral as it now stands, along with the nearby Rochester Castle -- both landmarks that speak of the rich history of this ancient town, as well as the two major authorities of that time period, the Crown and the Church. 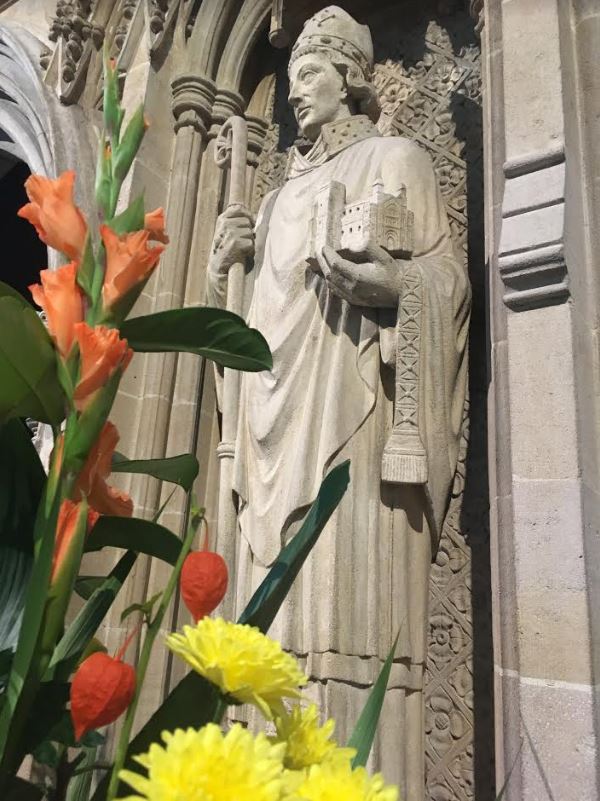 You get a sense of the magnificence of the Cathedral from the outside, but walking inside truly brings you back in time. We happened to visit while the organist was practicing. I could easily imagine the building as it looked centuries ago, with worshippers filling the room, when I walked into the majestic nave of the cathedral as the organ played. Nothing fills my soul like walking on ground where others have walked before me. Evidence of the cathedral’s history is everywhere -- from the Norman and Gothic architectural elements to the High Altar to the decorative flooring and various memorials.

Next to the cathedral is Rochester Castle -- a stronghold that saw action in two sieges during the 1200s. The nearly thousand-year-old structure has survived not only warfare and revolt, but also many centuries of neglect. In the early 20th century, part of the castle building was repaired and now visitors can see what remains of the castle and the beautiful castle grounds.

If Rochester sounds vaguely familiar to you, you are probably a Charles Dickens fan. The famed author lived in and near Rochester for part of his life and many of his novels are based on the area, including Great Expectations. Several of the shops and eateries pay homage to Dickens through their names, such as Pips of Rochester and Sweet Expectations. And Tiny Tim’s restaurant features beautiful murals from A Christmas Carol.

According to locals, Dickens loved Rochester Cathedral so much, he wished to be buried there. By the time of his death, however, he was such a prominent national figure that he instead was buried in Westminster Abbey’s Poet’s Corner in London. 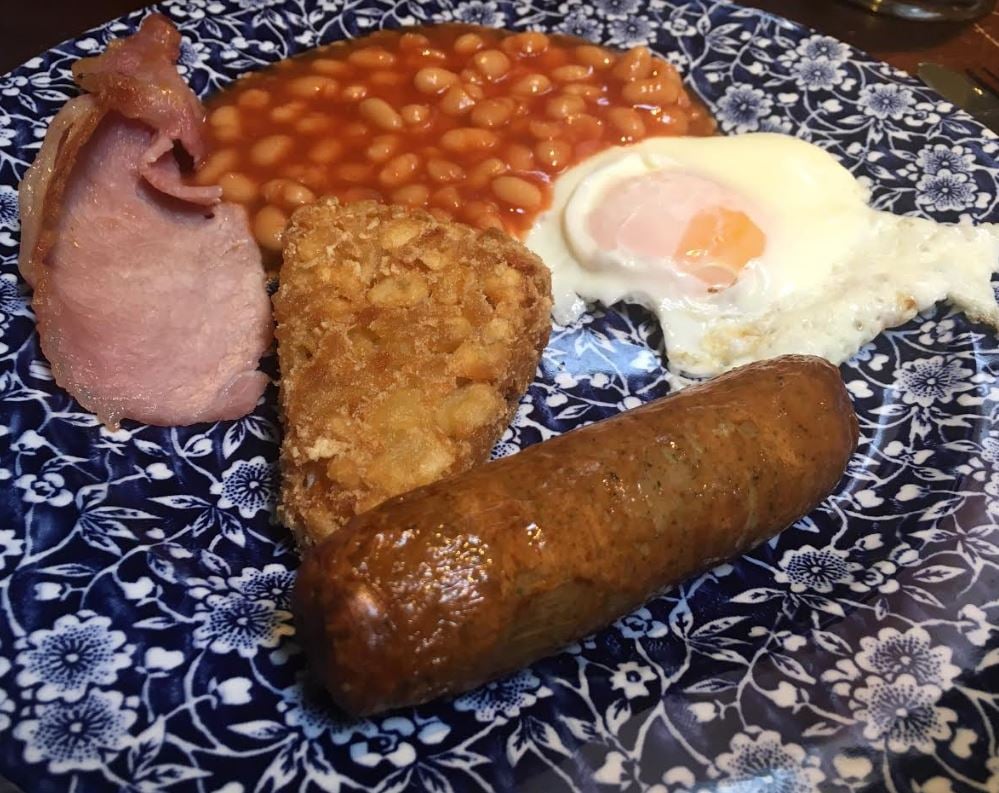 The ancient buildings weren’t the only things that stood out to me in Rochester -- I also enjoyed the authentic British food found in the local pubs. My new favorite meal is a British breakfast. The British take breakfast seriously and it’s a large meal of the day featuring eggs, bacon, sausage, hash browns, and beans. I know beans sound a bit strange, but give it a try! Not only does it taste really good, but such a hearty breakfast left me energized and ready for the day. I also had to try some fish and chips. They did not disappoint, although I was surprised by the traditional side item -- did you know fish and chips are usually served with mushy peas?

Always try a traditional dish when you travel, you might be surprised by what you crave when you return home!